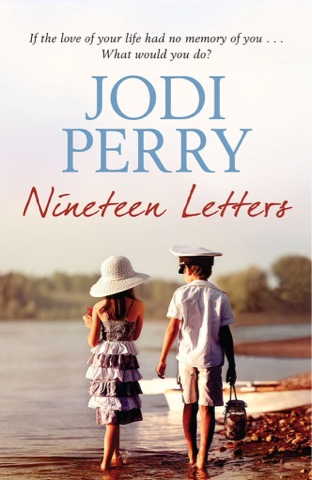 A love story that spans decades

The 19th of January, 1996... I'll never forget it.
It was the day we met. I was seven and she was six.
It was the day she moved in next door, and the same day I developed my first crush on a girl.

Then tragedy struck. Nineteen days after our wedding, Jemima was in an accident that would change our lives forever. When she woke from her coma, she had no memory of me, of us, of the love we shared.

That's when I started writing her letters. The stories of our life. Of when we met. About the happier times, and everything we'd experienced together.

What we had is far too beautiful to be forgotten...

My review
Thoughts on the book: What happens when your perfect life turns upside down? This is exactly what happens to Braxton and Jemma. 19 is a special number for this couple and just 19 days after they are married it turns out to be not so lucky, Jemma is involved in a serious car accident and is place in a medically induced coma to help her recover. Braxton never leaves Jemma's hospital bedside as soon as he is told the news and is there when his beloved wife awakes from her coma, the only problem is his beautiful wife doesn't even know who he is. Jemma has lost all of her memories and so has no idea who she is, who the people surrounding her are or even her past. This is a massive blow for the couple who everyone strived to be like, but especially for Braxton who has lost the love of his life even though she is right infront of him. But Braxton fights to win his wife back and so decides to start writing her letters about their past together to remind her of his memories of their time together. He also includes a memory charm bracelet that gets a new charm or two with each letter. Slowly Jemma discovers who she was but is it who she really wants to be now?

What a fabulously surprising new read from Jodi Perry. Nineteen Letters is so very different from her previous books (Bastard, Jax, Hooker) especially on the sex side of the story, but don't let that disappoint you because the romance level is high and you will defiantly fall in love with our male lead character, Braxton and want to find one of your own. In saying that I think Braxton is the ultimate boyfriend/husband and every girl in the world would want one of these forever boys for themselves. The lengths he goes to not only before the accident that occurred but more so after the accident are incredible. I can't imagine that a lot of people would stick around and be as devoted as he is, although your properly sitting there thinking of course I will be there. I think it's a case of you'll never know unless your in that position.

In saying that though I don't know how I would cope being Braxton, let alone Jemma. I would hate to lose my memory and not be able to recognise anyone around me or even know who I was or what certain foods taste like. The fact that you've lost all those memories though means that you have to relearn everything, the good and the bad. Imagine having to go through the emotions of learning that not only your grandparents died but the circumstances that they did, or the fact that you parents got divorced over one little incident or multiple other things. But you also get to relearn the good things like the things you loved doing reading, gardening, jogging and the people that were your friends, the foods you liked. It's kind of a double edged sword.

But this is where the amazing parts of the story come into play. The letters that Braxton writes to Jemma to remind her of their past and the love they shared. These letters are heartbreakingly raw, funny at times and emotionally written and while reading make sure that you have the tissues handy because you will need them. There are also so many funny moments within them and for me they would have to be the moments where the Boy Scout torch is mentioned. I couldn't stop laughing at these moments and then when Jemma replies with a Girl Scout comment I went into overload. Thank you so these amazing moments Jodi. I hope you write more books like this because you have a real talent.

If you want to read the greatest love story ever told look no further than Nineteen Letters by Jodi Perry. It's so much better than Romeo and Juliet and The Notebook, really people shouldn't even compare it because it defiantly holds its own. Rush out and buy a copy now because you certainly won't be disappointed. 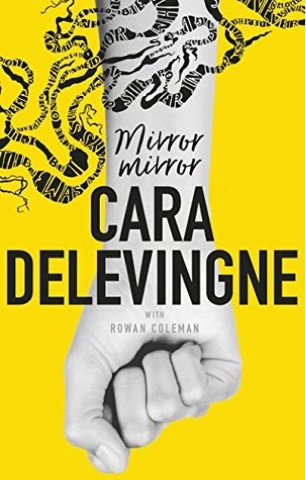 Mirror, Mirror Author:  Cara Delevingne Publisher:  Hachette Australia Release date:  3rd October 2017 Pages:  356 pages R.R.P:  $24.99                                            Friend. lover. Victim. Betrayer. When you look in the mirror, what do you see? Sixteen-year-old friends Red, Leo, Rose, and Naomi are misfits; still figuring out who they are and who they want to be. Life isn't perfect, but music brings them together, and they are excited about what the future holds for their band, Mirror, Mirror. That is until Naomi vanishes before being pulled unconscious out of the river. She's left fighting for her life in a coma. The police claim it was a failed suicide attempt, but her friends aren't convinced. Will Naomi ever wake up? What - or perhaps who - led her to that hospital bed? And how did Red, the self-styled protector of the group, fail to spot the warning signs? While Rose turns to wild partying and Leo is shrouded by black moods, Red sets out to uncover the tru 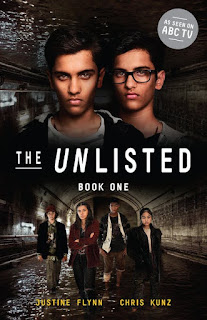 The Unlisted  Author: Chris Kunz and Justine Flynn Publisher: Lothian Children's Books Release Date: 27th August 2019 Pages: 219 pages R.R.P: $14.99 They are inside your head. There's nothing Dru Sharma fears more than the dentist. So when his school runs a compulsory dental check, Dru convinces his identical twin, Kal, to take his spot. What the twins don't realise is the check-up has been initiated by Infinity Group, a mysterious organisation aiming to control the hearts, minds and bodies of the world's youth. Using high-tech electronic implants. Infinity plans to create an army of young soldiers who can be manipulated to obey any order. With Dru 'Unlisted' and outside Infinity's control, it's a race against time to uncover the truth of the operation. Alongside a group of underground vigilante teens, Dru and Kal will have to do whatever it takes to stop Infinity Group before it's too late. My Review Thoughts on 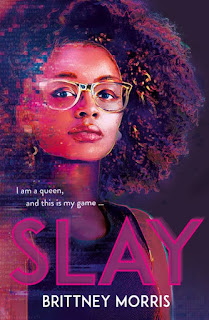 Slay Author:  Brittney Morris Publisher: Hodder Children's Books Release date:  October 2019 Pages:  318 pages R.R.P:  $17.99 'We are different ages, genders, tribes, tongues, and traditions... but tonight we SLAY.' Black Panther meets Ready Player One. A fierce teen game developer battles a real-life troll intent on ruining the Black Panther inspired video game she created and the safe community it represents for black gamers. By day, seventeen year old Kiera Johnson is a college student, and one of the only black kids at Jefferson Academy. By night, she joins hundreds of thousands of black gamers who duel worldwide in the secret online role-playing card game SLAY. N one knows Kiera is the game developer- not even her boyfriend, Malcolm. But when a teen in Kansis City is murdered over a dispute in the SLAY world, the media labels it an exclusionist, racist hub for thugs. With threats coming from both inside and outside the game, Kiera must f